Our Client’s existing infrastructure hosting contract with CGI was expiring soon (within eight months). The renewal contract was very expensive and executives wanted to move the D2D platform into the cloud. Our client wanted to migrate the entire D2D platform from CGI’s on-prem data center to AWS Cloud in six months’ timeline including all Production, Development, and Test environments.

OmniSolve quickly wrote up the scope of the work, given the aggressive timeline to migrate the entire D2D platform in six months to AWS cloud. OmniSolve proposed to executives to conduct the migration effort using Agile and to automate the approach.

Using Agile allowed the team and all platform stakeholders to monitor and manage the migration effort for better coordination and collaboration. The automation approach allowed the team to develop automation code once and be able to re-deploy/re-execute the same code (with minimal customization) to migrate all D2D platform environments (Development, Test, and Production).

OmniSolve also introduced the concept of DevOps (DevSecOps loosely) to our client. A majority of this solution was built using DevOps methodologies to build, automate, and deploy various components of D2D platform/system.

The solution was developed in two parts (some tasks were executed in parallel):

Part One: Complete automation of infrastructure provisioning and configuration in AWS cloud environment (IaC – Infrastructure as Code). This solution was developed using Terraform and Cloud Formation (CF) templates. The Terraform approach was adopted, as the code can be cloud agnostic. 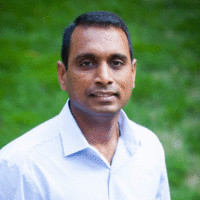 OmniSolve led this entire migration effort from start to end. OmniSolve actively engaged all project stakeholders, coordinated epics/stories (sprints), led in developing target state architecture for D2D platform, and successfully migrated the D2D platform to Cloud in the given timeframe. OmniSolve also introduced new concepts and provided a standard playbook to migrate any/all applications to cloud for our client.

This solution has been developed with standard design principles in mind: scalability, rapid deployment, and process optimization. By moving D2D into the cloud, our client saves money, improves performance, and enhances the operational efficiency to serve both internal and external customers.

Back to Case Studies