Our federal client’s project timelines often ran past their initial deadlines due to delays in testing, resource constraints and unexpected bug findings. The client wanted a better way of testing functionality and being able to meet project deadlines. The primitive testing model was supported with manual testing and excel spreadsheets. The client wanted more transparency into test cases and be able to integrate the test cases into Jira stories and tasks. They also wanted to reduce the amount of testers needed to meet sufficient test coverage.

The team presented a cost benefit analysis to the client showing the benefits of automated testing versus manual testing. Omnisolve proposed the Selenium framework due its flexibility and open source nature. We also proposed Zephyr, a test management solution in Jira. It allows teams to document test cases, track test results and run reports. The team started out with a proof of concept on an existing application to show the power of automation.

The team wrote test scripts using Java programming language in Eclipse IDE. The test scripts allowed for the team to test different scenarios quickly, determining the potential impact on the system. The testing software reads the scripts to execute the test. case We implemented TestNG to produce real time testing reports in Eclipse IDE for external use. Using Zephyr the team could mark the results and show progress in Jira so the client could see real time.

After successfully testing the POC, the proposed solutions launched as the default testing method going forward. The client is now benefiting from an automated, controlled, and tested solution that supports scalability while increasing reliability, speed, and efficiency.

The client was able to standardize a process across the testing lifecycle which increased team velocity. By reducing the testing time the agency saves both time and money. Improved time-to-market for services and higher quality delivery. The solution is fully scalable and flexible that can grow and transform with demand. The improved test reports create greater transparency across the team. By documenting test cases in Jira the client has full visibility into the test cases, test results enabling the team to get alignment across functions and projects. 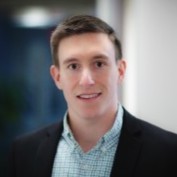 Brian Armstrong
Back to Case Studies